Twas the 2nd weekend in September that I boarded this sleeper AC Bus to depart from college (hooray) to the capital city-Chennai for the Regional UG meet ,otherwise named by MSPs as BootCamp ;). It was a tightly packed 2day camp with loads of fun and knowledge ,the sort that the techie geeks enjoy! 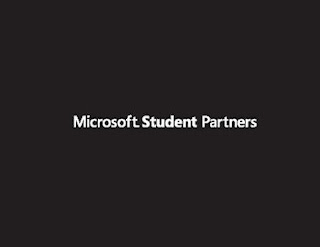 Day 1 :We were received @ the bus staion by MS Academic Team Lead, Reza.Then it was breakfast @ MS chennai Office @ lancor towers…after which Reza helped us break the ice…Then it was time for lunch….postlunch reza and jadeja (from Sales and Marketing group of Microsoft) handled some really good sessions on how to make the best out of campus club sessions :)…. I picked up some really good and valuable advice from the masters in the art of evangelism which I’m sure is gonna help me handle MCC sessions better than b4. Chennai and Madurai UGs were the attendees .. therefore reza partnered the both of us in teams of 2 to discuss our issues and stuff…It was a really useful session where we drew up our goals,challenges,vision and possible solutions…Then Jaddguji made a demo on WPF using an ellipse example, which could be done using Expression Studio aswell..he did it from the developer paradigm.In the twilight hours, we went to the Besant Nagar Beach,a popular relaxspot in the metro and had supper @ the Dosa House(if i remember the name right).Here Sid(Siddharth-MSP Pgm Lead) joined us for a short while..We had a really good feast and checked back into Hotel Woodlands at 12midnight after thebeach stroll at nyt :)…I do love beaches…
Day2 as everbody mentioned was a 100% technical one…At 10 we had Vinod Kumar(for those of u who don’t know,he’s one of the developers of SQL Server from MS.) .A session on ‘Whats new in SQL server was indulged by him.A quick breakfast on bread,jam and biscuits fed our hungry tummies…but there was more in store for our almost full peanut sized brain :D. hehe kidding.!Yea.. and one more thing..Vinod showed us a cool app from MS , AutoCollage ,that has facial recognition incorporated,so your collage looks really neat!Then Sid gave us an overview on the new MSP portal and the sorta things we could and should do in the academic year(on a more sterner note)He also spoke about the Live@edu and other such stuff..Dominoes pizza for a quick lunch…and then they managed to squeeze in the rest of the technical stuff in the short 4 hour duration that was left…Sid handled a few .Net fundamentals… Jadega (jaduji’s from the Sales and marketing part of MS) took a really interective session on Windows CE(embedded)….finally Krishnaa,passed-out MSP handled a Windows Server 2008 Demo.
After bidding goodbye to the team and fellow msps,We left hurriedly to the bus station (the delhi blasts tightened security measures in the metro).I could sense the air of excitment in the way everbody spoke.. Clearly everyone was enlightened to enlighten..and hopefully would try to make the MS Club @ their respective colleges like never b4 !
All this excitement happened on September 12,13,the 2nd weekend-so my stay at home sweet home was cut short 😦 ..!I am a little late in blogging na…Prioritisation problems ;).. Yea and one more thing I learnt from Jaduji – “ROI” Return on Investment (thats something I never used to care about …until then on. 🙂 )Anybody aspiring to an MSP contact me.. I ll give you the necessary info..This year the process has changed and is quite stringent(from the look of it :D)